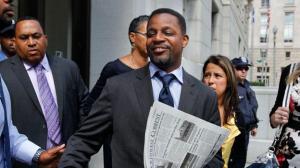 WASHINGTON (Reuters) – The former No. 2 official in the Washington city government pleaded guilty on Friday to bank fraud, two days after he resigned his post over the federal charge. [Chicago Tribune]

In a D.C. Council that members have called a dysfunctional family, the councilman who many expect will be voted into the interim chairman’s seat has often stayed out of the fight. [Washington Examiner]

The District’s budget for the coming fiscal year might get even bigger than the $9.4 billion the D.C. Council already has approved. [Washington Examiner]

As most American parents are oppressively aware, our children are far behind their counterparts in Asia when it comes to academic achievement. Departments of education around the country and on the national level have aggressively attempted to remedy the discrepancy by drowning our kids in standardized tests. [The Christian Science Monitor]

One in eight girls at D.C. high schools said she had been raped in the past year, while a large number of Maryland and Virginia students said they had been abused by their significant others, according to a new federal report. [Washington Examiner]

At Phelps HS, jubilation over the class of 2012 and anger over the unexplained loss of a principal

The list that DCPS officials put out each year has no names, just the schools that will undergo “leadership changes.” Any other details about how or why their principals become ex-principals are safely socked away behind claims that personnel and privacy rules prohibit any public discussion. [Washington Post]

In the ‘you-can’t-make-up-this-stuff’ category, the Bill and Melinda Gates Foundation is spending about $1.1 million to develop a way to physiologically measure how engaged students are by their teachers’ lessons. This involves “galvanic skin response” bracelets that kids would wear so their engagement levels could be measured. [Washington Post]